If there’s one thing that I’ve learned after years of yo-yo dieting, it’s that depriving yourself of the occasional treat always leads back to weight gain. That’s my experience, at least, and maybe yours, too. I’d be very disciplined for a couple of weeks following the latest “low-carb” or “no-sugar” plan, but eventually I’d “cave to the crave” and  overindulge in those very treats that I was missing, putting back on even more pounds than I had lost.

Who doesn’t love banana bread? After noodling around with a dozen or so banana bread recipes, I came up with a combo of ingredients that are just a little better for you. I mean, it’s still a treat, so you can’t go nuts and eat half a loaf in one sitting, but it’s dense, moist, and filling, with less fat and fewer calories than traditional recipes (under 200 calories per serving).

Being a numbers guy who weighs his food and tracks every calorie and every gram of fat, I can tell you this: Technically I could eat an entire loaf of this banana bread in one day (along with a couple of salads) and still fall below my daily caloric estimates for losing weight (all while providing all of the essential and recommended daily nutrients). I wouldn’t recommend trying this at home…I’m just sayin’!

What makes it “Better“?

It has 1/2 the butter of traditional recipes, so there’s less fat. There’s no oil, so there’s less fat. Milk is substituted for non-fat greek yogurt, which keeps it moist and flavorful but, again, with less fat. There’s more cinnamon, which has been shown to help control blood sugar in Type 2 diabetics. And finally, over-processed bleached white flour is substituted for whole wheat flour, which means better blood glucose control, more fiber, more filling, while making it more nutritionally dense.

Long story short, I make this every other week and it is simply the best banana bread that I’ve ever had. I don’t ever end up binge eating because I know that I’m allowed the occasional treat and this helps me stay on my plan (because there’s never a time I think I can’t have something good). Works for me! Recipe follows after the photo below. Better For You Banana Bread

Prep time
20 mins
Cook time
65 mins
Total time
85 mins
I make this every other week and it is simply the best banana bread that I’ve ever had. It’s dense, moist, and filling, with less fat and fewer calories.
Author: Contrary Cook
Recipe type: Dessert
Cuisine: American
Yields: 14 Servings
Better For You Banana Bread Ingredients:
And here’s how you make it:
ProTip:
I line my loaf pan with parchment paper before pouring in the batter. It looks ugly, but after you pop it out of the oven you can just lift the bread out of the pan to cool and you have a perfect loaf without having to scrub the pan. I’m all about doing less dishes, especially dishes with stubborn baked-on stains. 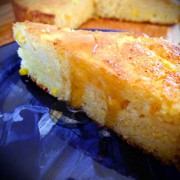 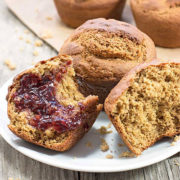 Tweets by @contrarycook
I Met a Cute Chick Tonight 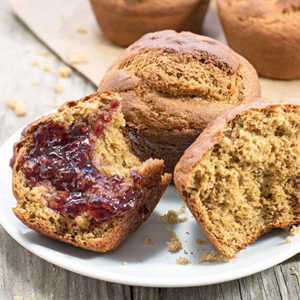